In this two-part blogseries I will analyze the DNA matches being reported by AncestryDNA for 50 of my Cape Verdean survey participants. A follow-up to my previous blog post about 100 Cape Verdean AncestryDNA results (see this link). Because I was kindly given access to their profiles I was able to use my scanning and filtering method of DNA matches in Excel (see this link). Aside from matches with mainland Africans I am also including matches with people of (presumably) fully Portuguese, Jewish, West Asian and South Asian descent.1 Below a statistical overview of my main findings. Going by group averages. For the individual results which do display greater variation follow this link:

This table is based on group averages. Except for the columns mentioning the frequency of close and zero matches. So for example among my 50 survey participants only one single person received a close African match (>20cM). While two persons did not receive any African matches at all (excl. North Africa). But on average 5 African matches were reported of whom 4 were connected to the Upper Guinea area. (Senegal-Sierra Leone). The average admixture amounts are based on the recently updated Ethnicity Estimates on AncestryDNA. This update strongly reduced the trace regions. Especially for North African & West Asian DNA. For a previous version of this table see this link.

The background column is mostly based on informed speculation (plausible surnames/regional admixture) but at times also confirmed by public family trees. The proportion of Upper Guinean related matches is 88% of all African matches (south of the Sahara). That proportion being equal to 227/257. Excluding North African matches from the total. The high number of Fula matches is quite striking. But this could very well reflect a greater popularity of DNA testing among Fula people when compared with people from for example Guiné Bissau who are greatly underrepresented in Ancestry’s customer database.

This project was merely intended as an exploratory exercise. Of course my research findings have limitations in several regards. And therefore they should be interpreted carefully in order not to jump to premature or even misleading conclusions. Still I do believe they can reveal relevant tendencies in DNA matching for Cape Verdeans in general. These outcomes may also provide valuable insight into the various ancestral components found within Cape Verdean DNA. In particular when aiming for complementarity by also taking in to account admixture analysis, genealogy and relevant historical context.

Below an overview of the topics I will cover in this blog post:

Part 2 of this blogseries will have the following topics:

Dedicated to all my Cape Verdean primos and primas participating in this survey.2 And special dedication to my newly born nephew Max!

END_OF_DOCUMENT_TOKEN_TO_BE_REPLACED

In October 2015 I published my first preliminary survey findings based on 23 Cape Verdean AncestryDNA results (see this link). Right now, almost three years later, I have managed to collect a sample group which is four times greater. Consisting of no less than 100 AncestryDNA results of fully Cape Verdean-descended persons! Even though this quadrupled sample size is obviously still limited it will most likely provide a greater insight in the various ways how “Caboverdeanidade” can be described. Genetically speaking that is. And obviously when applying the regional AncestryDNA format, with all its enhanced features as well as its inherent shortcomings  😉

Click on this banner to reach Cape Verde DNA, Inc: the biggest online community of Cape Verdean Genealogy & DNA enthusiasts! On Augustus 4 & 5 a pioneering Cape Verde DNA and Genealogy Conference will be held! See this link for more details.

In this blog post I will discuss the main differences with my previous findings from 2015, which were focused on the African breakdown solely. And in addition I will also present some new statistics and background information on the European and other non-African origins of Cape Verdeans as reported by AncestryDNA. Below an overview of all the topics I will cover:

Follow these links for my complete survey data & research methodology:

This frequency of regions being ranked #1 (regions with the highest amount in either the African or European breakdown) is perhaps the best indicator of the main ancestral components for my Cape Verdean survey group. However only in an extra pronounced degree. For more nuance see the group averages in the next sections.

Screenshots of individual results (rightclick and open in new tab to enlarge; island origins shown below)

More charts and analysis when you continue reading!

END_OF_DOCUMENT_TOKEN_TO_BE_REPLACED

Origins from across Upper Guinea, not just from Guinea Bissau 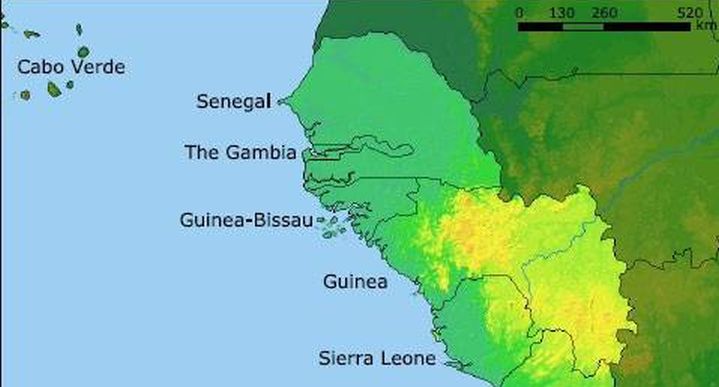 Map of Upper Guinea, western Mali should also be included for ancestral purposes

In the first part of this blogpost i already discussed the main Guinean Bissau origins for Cape Verde according to its 1856 slave census, in this second part i will continue exploring origins outside of Guiné Bissau. When asked about their mainland African roots many Cape Verdeans might assume they only have ancestry coming from Guiné Bissau, this is however not completely true. It’s indeed correct that Guiné Bissau shares a very long and intimate history with Cape Verde. Both countries being ex-Portuguese colonies, united in their independence struggle during the 1970’s. Because of ever increasing English and French encroachment the formal Portuguese influence area within Upper Guinea during the 1600’s was already pretty much confined to modernday Guiné Bissau and Casamance (a region in southern Senegal which only was ceded to the French in 1888 and where a Portuguese-based Creole is still being spoken!).

END_OF_DOCUMENT_TOKEN_TO_BE_REPLACED 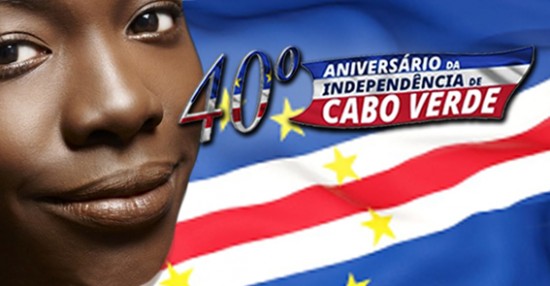 END_OF_DOCUMENT_TOKEN_TO_BE_REPLACED

This post is meant to be introductory as i intend to blog much more in future posts about Cape Verdean ethnic roots on the continent as well as its shared ancestral connections with other Afro-diasporeans in the Americas. In fact i’ve just recently created a separate website (www.cvraiz.com) focusing exclusively on specifying the African Ethnic Origins for Cape Verdeans. Here’s the link for it: